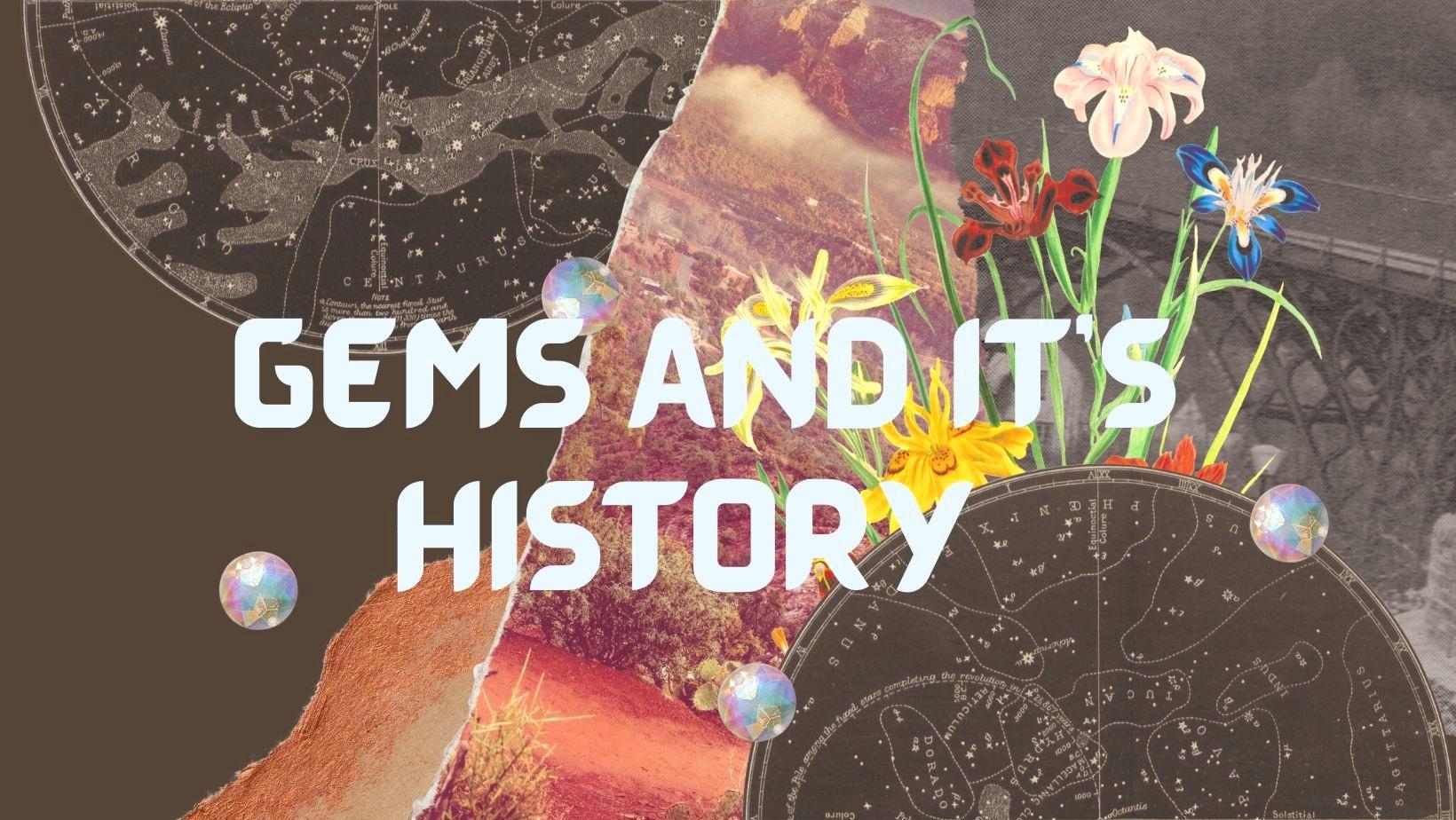 This is a basic question. Without this, we cannot think of inauspicious diagnosis and treatment by gemstones. That’s why it is important to know it first. Although gems are not only one type of stone, but not all stones are called gems. There is a difference between a stone and a gemstone. If this difference is better understood, then we can sort out the gemstone from the stones. can identify them and then make better use of them in our daily life. If by not doing so, we use gems without thinking, then it has the opposite effect. In such a situation, we may also have to bear the loss. Therefore, the use of gems should be done after due diligence and thoughtfulness.

The properties, character and characteristics of some stones or substances are such that they Gems are called as soon as they are seen, such as Diamond, Ruby, Vaidurya, Sapphire, Topaz, emerald etc. by the name of Ratna. By the way, in reality all these are stones, but precious stones. That’s why in English they are called Precious Stone (Precious Stone). The special meaning of ‘Ratna’ is also eminence. For this reason, a particular person is decorated with the word ‘Gem’ for his important work. Since ancient times, the meaning of gems – diamonds, pearls, rubies, etc., obtained from the ground or sea level have been understood. Gemstone shows its effect in fortune-change at the earliest.

Actually, due to being lying inside the earth for millions of years, the magnetism and radiance of the earth comes in it. Gems related to that planet are found in more quantity around the area of the earth in which the planet has more influence. In fact, the earth creates gems inside itself by the combination of planets. Hence it is also called ‘Ratnag’.

If we want to express the characteristics of a gemstone in a nutshell, then we can say that the one which has amazing beauty and grace, is a gem. But this definition of gem is also incomplete, because beauty and elegance alone do not refers as stone with the name of a gem. A gem is said to be the one whose beauty and elegance is full of the quality of extreme durability, that is, whose beauty and grace remain intact for a long time. At the same time remain stable. By the combination of these two qualities, a kind of divinity comes in the gems, a natural reverence for it arises in the mind. Apart from this, the stones which are called gems have two more qualities. The first quality is that such stones are rarely found. For this reason, they are also called rare stones, so people give them respect and prominence. The second quality is, the stone which has more trend, demand and fashion, it is also called gem.

For example, from 1920 to 1922, there was a great demand for Amber or Trinamani in Europe and some other countries. At present, there is a great demand for a diamond that shines like a star or a sapphire that emits twelve rays. Actually, according to the time and changing taste, the demand of gems also keeps on changing.

From the above analysis we can now define gems. In the form of a squeeze, it can be said that the stone which doubles the beauty of jewelery, its beauty is durable, it should be a rare stone and its elegance creates attraction, will be called gem.

In this category we can take pearls, but this gemstone is not rare. It also does not have that much durability, because pearl is soft. Besides, it is not even a stone. It is a substance found in the ocean. Nevertheless, due to its beauty and elegance, it is kept in the category of gems. The beauty of these gems is based on many things, but their beauty is greatly enhanced by the guise of the rays of light.

This camouflage of rays of light is strange. When these rays fall on a gem, some of them collide with those gems and return to the eyes of the beholder. Some enter and go across and some enter and come back again. In this way a pleasing play of beams of rays forms into attractive beams.It is seen in me, which utterly fascinates the mind. This beam of light is visible to us clearly, but its whiteness consists of seven colors. This whiteness is a mixture of these seven colors.

Actually, when a ray of light goes inside a gem and returns back, it splits into seven colors. In such a situation, it seems that the gem is some wonderful object covered with bright rays. Naturally this scene attracts man to himself. It is from this attraction that a person is born out of the desire to get a gem. This property of gems is called optical property.

The history of stone is very ancient. Like India, there are countless stories related to his birth in other countries too. The stories that are famous in our country are taken from the Puranas. There are many stories related to the origin of gems in the Puranas. According to ‘Agnipuran’ – Mahabali Asuraraj Vritrasura attacked Devlok. Then on the advice of Lord Vishnu, Indra asked Maharishi Dadhichi for donation of his bones for making Vajra. Then the gods killed Vritrasura with this thunderbolt. During the creation of the weapon (thunderbolt), the tiny fragments of Dadhichi’s ashes that fell on the earth became mines of all the gems.

Similarly, there is another story. According to this, when the nectar urn appeared during the churning of the ocean, the demons ran away with that nectar. The gods followed him. There was a scuffle among themselves and in the process a few drops of nectar spilled and fell on the earth. Over time, these drops of nectar turned into countless gems.

A third story is of King Bali. When Lord Vishnu in the form of Vamana asked Bali for three and a half steps of earth, he agreed to give it. Then Lord Vishnu assumed the form of Virat and measured the three worlds in three steps and asked for his body for half a step. King Bali surrendered his entire body to Vamana. At the touch of Lord Vishnu’s feet, the sacrifice became Ratnamay and thunderbolt. After this Indra killed him on the earth with his thunderbolt. Gems of different colours, forms and qualities appeared from all the parts of the body of the sacrifice as soon as it fell on the earth. Lord Shankar installed those gems on his four tridents and then established the dominance of nine planets and twelve zodiac signs on them. After this they were dropped on the earth in four directions. As a result, mines of various gems arose on the earth.

Whatever you say about these tales – fantasies, myths or anything else… but you cannot deny that in ancient times people had more or less knowledge about the form, properties and uses of these gems. Not only this, they started producing these gems both naturally and artificially. Even today’s modern historians accept this truth. Scientists engaged in research work also agree with this.

Gemstones are actually mineral substances, which are found in different forms in the lap of nature. Actually, they are formed as a result of the interaction of different elements, that is, as a result of action and reaction. These gems mainly contain elements like carbon, barium, beryllium, aluminum, calcium, zinc, tin, copper, hydrogen, iron, phosphorous, manganese, sulfur, potassium, sodium, zinconium etc.

In addition to mineral gems, organic and botanical gems are also found in nature, which are produced as a result of their action-reactions. Pearl and Coral are organic gems while Trinamani and Jade are botanical gems. Mineral gems are obtained from mines, but organic gems are found in the oceans. Botanical gems are obtained from mountains. On the other hand, the practice of manufacturing artificial gems is also there since ancient times, but today there has been a huge progress in this field. Presently, artificial gems are being produced on a large scale. To be honest, many times more artificial gems than natural and pure gems are now in the market, in the matter of identifying which even the most experienced jewelers and gem experts are deceived.

In conclusion, it can be said that the existence of gems lying in the lap of nature was before humans, which came out during a long process. Living in the womb of nature, he endured so many ambushes, upheavals, action-reactions, etc. and made himself such that it had no effect on him. As a result, they proved to be very useful for humans. No one can compete with their use in the field of astrology – it does not seem absurd to say that. Because in them lies the unprecedented power to endure different types of situations.

Often people consider astrology to be a subject beyond human understanding, but this is literally not correct. There are complications in this scripture, It cannot be called a scripture beyond human comprehension. Adequate knowledge of this can be acquired by hard-earned effort. In this sense it is temporal, not supernatural. In fact it is a science, it’s study and criterion are scientific.

In answer to the question of what and how it is related to the Vedas, it can be said that it is one of the six parts of the Veda. This means that astrology has a deep connection with the Vedas. We all know that Vedas are the oldest scriptures in the world. It has six parts – education, kalpa, grammar, nirukta, verses and astrology. The place of astrology is considered comparatively important among these six organs. The proof of this is found in the 7th verse of the ‘Rigveda’ astrology section.

That is, astrology is the only scripture that gives knowledge about planets like Sun etc. From the point of view of public welfare, symptoms of possible sorrows and sufferings of astrological creatures,

Provides information on redressal information and method. Astrology details of twelve houses and body parts contained in the horoscope

The 27 Nakshatras have a very deep relation with all the parts of the human body. All the planets have a certain effect on all the parts of the body. For example, cancer is caused by the influence of Jupiter, Ketu, Rahu, Saturn, Mars and Moon in the horoscope. The role of Ketu is important in this. Whenever there is swelling in the body unnaturally, it is because of Mars and Ketu. Many studies and researches confirm that the people who were affected by such planets had cancer. It would not be inappropriate to give some examples for this.

Swami Ramakrishna Paramhansa died of throat cancer. Venus, Saturn, Rahu and Ketu had influence in the second house of his horoscope. Similarly, American scientist J. Evidence of the conjunction of Jupiter, Venus and Ketu was found in the horoscope of Rot Openlever. He also died of cancer disease. In the horoscope of the former President of India, Shri Neelam Sanjiva Reddy, there was a combination of Mars, Moon, Ketu and Rahu in the fourth house.

This shows that the conjunction of Venus, Jupiter and Ketu in any house is a sign of Cancer. In this way, the symptoms, perception and diagnosis of many diseases have been told through astrology. In astrology, there is a law to wear gemstones considering the rotation of the planets and the ill-effects it has on the human body in this process. Many diseases can be cured by wearing proper gems properly or by using the properties of gems with the given method.